Doug Stacks is a nine-year veteran of the City of Lilburn. Doug started his career as a code enforcement officer with Gwinnett County and later was planning director for Snellville before pursuing a career as a professional land planning consultant, specializing in commercial property and vacant land. 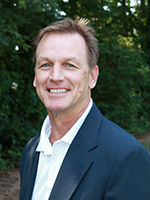 As the Director of Planning and Economic Development for Lilburn since 2008, Doug has been a creative force in re-shaping the department into a “one-stop shop” for plan review, permitting, inspection and occupancy. He has built a reputation for his “real-world, common sense approach to interpretation of codes and ordinances.” His staff includes a planner, planning clerk, building inspector and code enforcement officers as well as a public relations manager and events coordinator.

One of the first initiatives that Doug was involved in was the study for forming the Lilburn Community Improvement District in 2009. At that time, the city faced a new median on Highway 29 from Ronald Reagan Parkway to Postal Way. The formation of the CID was key to helping commercial property owners and businesses minimize any negative impacts of the median. Since those early days, Doug has continued to work closely with the CID Board to leverage grant opportunities so that both organizations maximize the benefits. Doug describes a symbiotic relationship between the city and the CID: “We truly appreciate the efforts of the CID to beautify and improve the efficiency of not only our roadways, but also those leading into Lilburn.”

In addition to working with the CID, Doug and his staff work closely with the Planning Commission and Board of Appeals, Lilburn Downtown Development Authority, Partnership Gwinnett, Gwinnett Chamber and Atlanta Regional Commission.