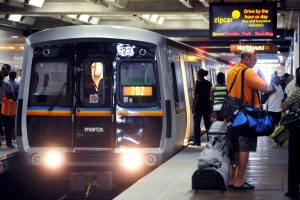 Gwinnett’s previously proposed transit plan of laying down four miles of rail to connect Jimmy Carter Boulevard to the Doraville MARTA station just got boosted with a recommendation of an additional seven miles of heavy rail extending to Gwinnett Place Mall.

The proposed extension is a result of residential concern regarding increased traffic. “We think it would be a great improvement,” says Alan Chapman, director of Gwinnett Department of Transportation. “Because you’re able to catch commuters before they get into that worst part of [I-85] from [Ga.] 316 or Pleasant Hill [Road] on down to I-285.”

The long-range plan stands to benefit commuters from the Infinite Energy Center near Duluth, down Ga 316 into Lawrenceville and down U.S. 78 into DeKalb County in Snellville. Please read this AJC article to learn more about the cost and timeline for this proposal.

In order for Georgia municipal governments to retain their Qualified Local Government Status and be eligible for state-funded programs, communities must meet minimum planning standards developed by the Georgia Department of Community Affairs (DCA). In February 2009, Gwinnett County adopted the 2030 Unified Plan. A plan update, the Gwinnett 2040 Unified Plan, has been established with long-term goals accompanied by short-term incremental steps, must be adopted by February 2019.

Gwinnett County has contracted with Pond — an engineering, architecture planning and construction firm — to assist in developing the plan. To stay up-to-date on the development of the 2040 Unified Plan, please visit the Gwinnett County website or attend any of the following public meetings:
Monday, August 13, 2018
5-7 p.m.
George Pierce Park
55 Buford Highway, Suwanee, GA 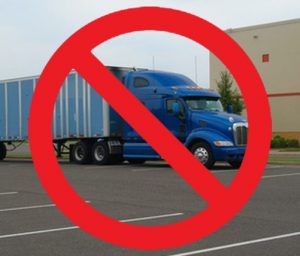 Even though Keith Crystal attempted to withdraw his Storemy Trucking application in the middle of his presentation during the initial Gwinnett County Planning Commission meeting on June 5, once submitted, the application still had to be processed and presented at a public hearing.

There was strong objection to the proposal from the community when the application was submitted three months ago. Normally, there is a moderate showing of public interest for re-zoning applications, however the Lilburn neighbors showed up in full force and at full volume to make sure their concerns were heard. The objections centered around the traffic implications of more than 200 trucks in the already heavily congested area, along with concerns about the lack of accommodations for the drivers who would be parking their trucks in the lot.

Howard, who has previously served on the Peachtree Station Homeowners Association and the United Peachtree Corners Civic Association, understands the community’s perspective and does her best to advocate in the best interests of both area business and homeowners. She says, “I am really proud of the community. When you have a community that cares about what’s going on around them, it makes a great place to both live and work in, I’m proud to be their representative.” 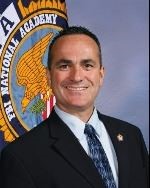 After a 20-year career with the Atlanta Police Department, Police Chief Bruce Hedley returned to his hometown of Lilburn in 2008 to begin a new career as police chief. Under Chief Hedley’s leadership, Lilburn has seen a 31 percent decrease in violent crime in the past five years.

Lilburn CID is fortunate to have such a strong relationship with Chief Hedley and the Lilburn Police Department. It is Chief Hedley’s belief that the improved communications that the CID has brought to the business sector has been a significant factor in the reduction of crime in Lilburn. “Over the past several years we have noticed the business community has been more involved and called us to report suspicious events or abnormal activity. This helps us do our job more efficiently.”

Chief Hedley appreciates the citizens getting involved and encourages the strategy of, “When you see something, say something.” He advocates that everyone become educated about the community and be cognizant of their surroundings to stay safe or to be a helpful witness if needed.

“I love the people who live and work in Lilburn. What a great group of folks!” We appreciate you too, Chief Hedley, thank you for all that you do for our community!

The Lilburn Police Headquarters and Municipal Court will be moving to 4572 Lawrenceville Highway. Designs have been approved for the new site with plans to break ground July 16. With completion scheduled for 12 months after the start of construction, the new location will be more centrally located in the city and will allow easier access to and from Lawrenceville Highway.

The new building will be 100 percent funded by SPLOST. Though the SPLOST funds aren’t immediately available, financing through the Georgia Municipal Association’s Bricks and Mortar Program with a lease-purchase agreement will potentially save millions of dollars by taking advantage of the current costs of construction. 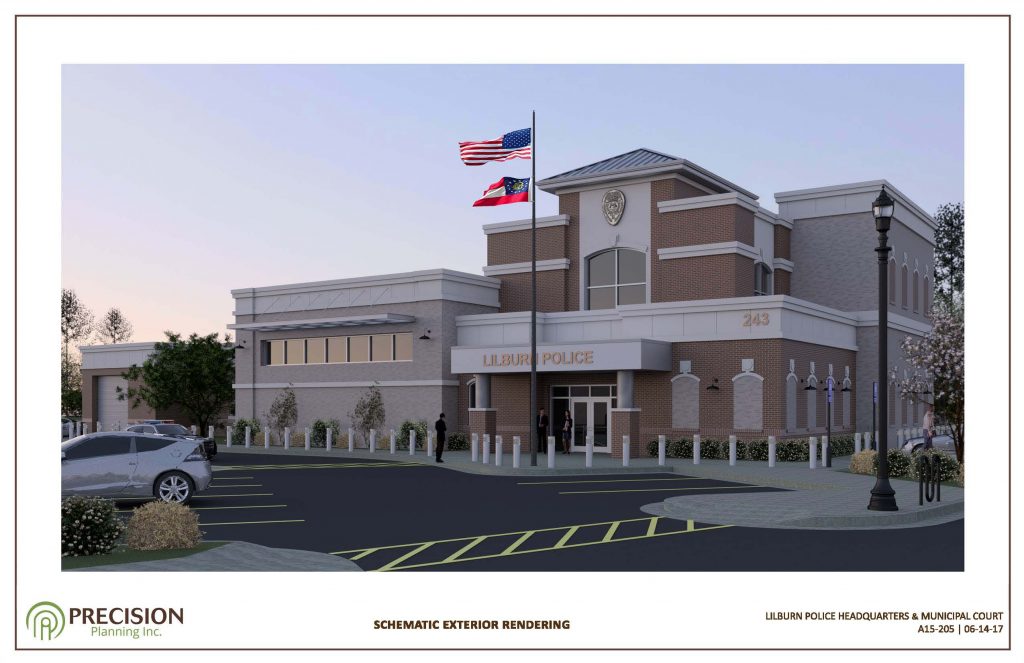