The Lilburn neighborhood meeting, held at the Lilburn Alliance Church on September 27, was well attended by the surrounding community, Lilburn CID board members, and Gwinnett County officials, with approximately 60-70 people in attendance.

LCID executive director Emory Morsberger welcomed everyone to the meeting, he introduced the board members of the CID as well as esteemed Gwinnett attendees. Afterwards, Gwinnett County Commissioner of District 2, Lynette Howard gave an update on sidewalks, road improvements and street light additions to the area.

Howard thanked everyone for voting for SPLOST to help fund projects like fixing potholes. She relayed a story of a constituent who reported that the road around his mailbox was crumbling. After getting the address, she was able to have the road repaired before he got home from work. She encouraged the community to be the district’s eyes and ears of the district by keeping her informed of areas that need attention by emailing her at lynette.howard@gwinnettcounty.com. “Our district really is the best district — just don’t tell anyone else,” she joked.

Howard also discussed the possibility of a shuttle line to connect the Lilburn corridor to the Clifton/CDC/Emory University area, and stated that the County was working hard to find funding to subsidize the fares to decrease commuter costs.

The Pikes Nursery property owner, John Gelzer, was also in attendance and expressed that he heard the community regarding their opposition of the truck parking proposal, and that he appreciated the polite and graceful way everyone expressed their concerns. He also stated that he is open to feedback and suggestions for the property and to email him with the subject line clearly stating the correspondence is regarding the Pikes Nursery property.

State Representative Clay Cox began his presentation by stating the best thing both parties of the government have ever done was to allow for the creation of CIDs. It is the CIDs working in a joint effort with the community and the government that keep things moving forward.

Rep. Cox discussed the transit bill he helped to pass House Bill 930, which represents and encompasses 13 metro counties. The process of drafting and passing a bill that satisfied such a large population was a difficult task that Rep. Cox compared to “herding cats.” He claimed that this was the most complicated bill ever to pass, but it was the most exciting.

He explained that officials did study other successful transit systems that included multiple counties, but none brought the 13 counties together. Rep. Cox credited Gwinnett County Board of Commissioners Chairman Charlotte Nash as playing an enormous role in getting this bill passed.

The next district meeting will be held on October 23. “We have a plan to make a plan. This will change the way we live around here,” concluded Rep. Cox.

Larry Kaiser, president of Collaborative Infrastructure Services, Inc., ended the meeting with updates on Jimmy Carter Blvd. at Highway 29. He stated that driveways close to the intersection will be restricted, a traffic signal will be added at Home Depot and the whole intersection will be radically more efficient with additional turn lanes. Kaiser stated that while some driveways will be eliminated, others will become ‘right turn in’ and ‘right turn out’ only to prevent left turn traffic from backing up. In response to a question about drainage, he explained that when a new intersection is approved, new drainage is approved as well.

The meeting concluded at 7:30 p.m. with all in attendance appreciating the effort officials made to keep the community’s best interest in mind and informed of the progress.

Community Spotlights
Want to learn more about your local representatives? Check out the month’s spotlights. 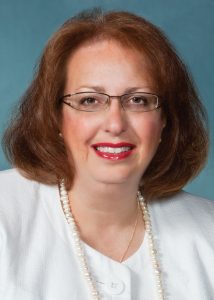 Lynette Howard has been a longstanding Gwinnett County resident and community advocate. Having resided in Gwinnett County since 1988 and getting involved in many community associations and boards, Lynette decided to run for the Gwinnett County Board of Commissioners in 2011 when she was unable to find a candidate to support.

Howard believes that what makes Gwinnett great is the community — that it’s the heart of the people, businesses, schools, CIDs and government working together to make the community better. What she loves about the City of Lilburn and the Lilburn CID is their relationships and support of the community. She admires how the Lilburn police and the Gwinnett County police cooperate with each other and how the elected officials support each other.  In fact, she believes the best stewardship of tax payer money was the partnership between the City and County to co-own and build the Lilburn City Hall and Public Library.

“I love how the Lilburn CID promotes its businesses to help them thrive and how it promotes a healthy community by making sure it’s safe and it’s navigable,” said Howard. “That’s why I voted for the MARTA expansion, Gwinnett is ready for it — it’s time for Gwinnett to be a team player.”

Prior to her service on the Commission, Howard worked in research and as a program developer for Puritan Chemical Company and Gwinnett Environmental and Heritage Center, respectively. 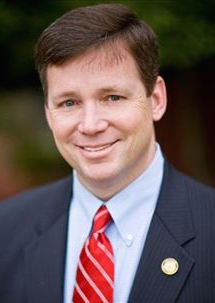 Georgia State Representative Clay Cox has been a resident of Gwinnett since he was five years old. He grew up in Lilburn, went to high school at Brookwood High School, located his business off of Indian Trail Road and raised his children in the City.

His love for the community is what drove him to run for office. Rep. Cox has a great appreciation for how much the Lilburn CID board is doing to make the district more attractive to new businesses and to increase citizen pride. He believes that it is the great partnerships that LCID has formed with Gwinnett County, the City of Lilburn and the state that allows the organization to accomplish many of the improvements and beautification projects that the community and businesses are able to enjoy. “It’s an exciting time and we appreciate what the CID is doing and is willing to continue to do to make things better around here.”

Public transportation is a concern to many in Gwinnett County, and Rep. Cox’s attention is focused on the transit bill that was passed in May. With the referendum vote for the Gwinnett MARTA expansion approaching in March, Rep. Cox encourages the citizens to educate themselves on how public transit will benefit the area.

Project Updates
The sidewalk project on Lawrenceville Highway in front of Lilburn Alliance Church has been stalled as Georgia Power needs to relocate a utility pole to finish the project. The new utility pole has been ordered, and the project should take a few weeks to complete once installed.